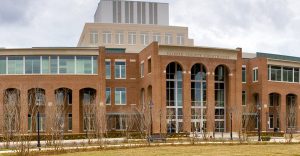 The patient was referred to an ENT surgeon who, nevertheless, recommended a lymph node biopsy in August 2011. While performing the procedure, the surgeon cut across her spinal accessory nerve, an important nerve that supplies the neck and shoulder muscles.

After the procedure, the patient immediately experienced deep pain in her neck and problems moving her left arm. A pathology report revealed that the surgeon removed a bundle of nerves during the procedure.

Despite the pathology report, the surgeon never considered a spinal accessory nerve injury as a possible cause of the patient’s pain and arm movement limitation.  When the problem was ultimately correctly diagnosed, the patient required nerve repair surgery which was helpful, but did not heal the damage that had been caused.

BMA’s client was left with permanent wasting of the muscle and paralysis of the shoulder. In addition to causing significant pain, these injuries caused limitation in range of motion and muscular deformity.

Aaron Moore and Jeffrey Quinn took the case to trial before a jury. After seven days of trial and two days of jury deliberation, the jury returned a verdict in favor of of BMA’s client. They compensated $1,850,000 for non-economic pain and suffering, along with pre-judgment interest running from 2011.

Lawyers at BMA routinely handle nerve injury and surgical malpractice cases like this one throughout the courts of Maryland, Washington, D.C., and Virginia.

If you have experienced nerve injury or a bad or unexpected outcome after surgery, call the lawyers at BMA at 410-539-6633.