Driver liability in the age of internet taxicabs

In addition to our beloved, if not stylish, yellow taxi cabs, road travelers in Baltimore now have several other options for getting from Point A to Point B locally: smartphone “taxi” companies Lyft and Uber.  Both started in San Francisco, Lyft and Uber are internet-based car companies that allow users to view nearby vehicles on a map on their smartphone, request one — and pay for it via credit card.  Lyft technically does not even charge for rides, but rather, accepts “donations” from passengers (your phone “suggests” an appropriate fare at the end of the ride), while Uber has pre-set fares and offers riders various levels of transportation, from small sedan to Town Car to SUV.

The question these new companies raise, however, is what, if any, responsibility does a Lyft or Uber driver have if he or she negligently causes an accident and injures his or her passenger?  The answer may not be what you would expect.  Lyft and Uber drivers are NOT employees of the corporations, and the vehicles they drive are not owned by the corporations either.  Instead, these corporations have taken the position that they are merely “networking” services that allow passengers to electronically “connect” with an independent driver willing to transport them.  And unlike the taxi cab industry, Lyft and Uber are not regulated by any state or federal agency to date. 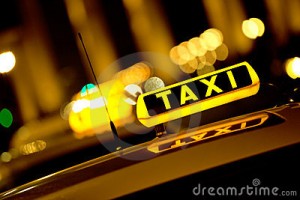 That means that if you are injured in an accident caused by the negligence of a Lyft or Uber driver, you may only be able to recover from the driver him or herself, and not the corporation.  Maryland’s laws only require that drivers be insured with a minimum of $30,000 per person and $60,000 per accident aggregate, which can be woefully inadequate to cover serious injuries.  There are no higher requirements for taxis.  Although Lyft claims on its website to offer a $1,000,000 “excess” insurance policy for its drivers, it has publicly taken the position that it is protected from liability, citing a provision of federal law that provides immunity to interactive computer services under certain circumstances.  Uber similarly has taken the position in a California lawsuit (currently pending) that it is is akin to a Facebook-like social networking site, and has no liability for merely “arranging” rides.

While the lawyers at Bekman, Marder, Hopper, Malarkey & Perlin believe that web-based transportation companies should be held accountable if their drivers negligently injure passengers, this area of the law has not been tested in our court system.  Until state and local government agencies take measures to regulate these companies, or until their liability is tested in lawsuits, it’s safe to assume that when you step into a Lyft or Uber vehicle, you may not be as protected from negligence as you think.

Update: Suit has been filed in San Francisco over the death of a 6 year old girl at the hands of an Uber driver….. details here