For a little R-E-S-P-E-C-T: Jury finds against doctors who “trash talked” their sedated patient

A Fairfax County, Virginia jury recently awarded half a million dollars to a Reston, Virginia man who was the victim of “trash talking” by his doctors while he was sedated for a colonoscopy procedure.  According to an article in the Washington Post, the man’s cell phone recorded the entire procedure.  The recording, which was admitted into evidence and played for the jury, proved that the anesthesiologist and gastroenterologist who attended to the man during the procedure ridiculed him, falsified his medical records, and asked the medical assistant to interact with him after the procedure so they did not have to.

Although the man was not physically hurt, according to a juror interviewed by the Post, the jury’s verdict was fueled by a desire to “to make sure that this doesn’t happen again.”  This sentiment is echoed by almost every single client who calls our office wanting to know whether they have a medical malpractice case.  Making sure other patients are not hurt (or heartlessly ridiculed), i.e, making the world a safer place, is one of the primary goals of the tort system.

Maybe it is not surprising to hear that perhaps the second most frequent sentiment echoed by our clients is frustration with physicians who just plain treat them poorly or do not listen to them.  The Virginia case is interesting because ordinarily a person must be physically hurt in order to claim damages for medical malpractice; mere unprofessionalism is not enough.  But time and again it has been shown that doctors who simply talk to their patients and treat them with respect are less likely to be sued, even when a patient experiences a bad result. Indeed, we often are instructed by our clients not to sue doctors our clients “like,” even though we believe they may have been negligent.

Just this month the New York Times published an article explaining that doctors who communicate effectively with patients are far less likely to be sued than doctors who don’t.  When I was pregnant with my daughter, she developed a condition called IUGR, which can be due to serious problems, but also can simply be an indication of a pretty small kid.  The only thing my doctor told me after my routine 36-week sonogram diagnosed the condition was that I would need to have testing twice a week for the last month of my pregnancy —  no explanation about why, or what to expect.  Being the educated malpractice lawyer that I am, I came back to my office and began reading every textbook chapter I could find on IUGR, but I educated myself rather than my doctor.  I like and respect my doctor’s technical abilities and trust her judgment, but sometimes she’s not the best communicator.  And I’m a pretty good audience for it.

Luckily, my daughter is perfect, but the lesson I learned, and what is to be learned from the Virginia case and the Times article, is that talking in a respectful manner, exhibiting a little human decency, and treating people the way you want to be treated (even when you think they aren’t listening or don’t care) are standards we all should strive to meet.  Not just to avoid lawsuits, but to make the world a safer, and more pleasant, place for us all — small kids especially. 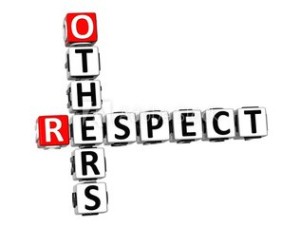