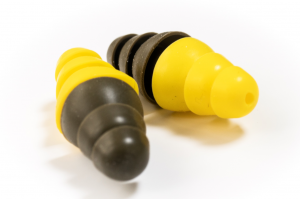 From 2003 to 2015, 3M Company manufactured and sold Combat Arms Earplugs to all four branches of the U.S. military. The earplugs were meant to block or cancel loud noises that could lead to hearing loss and tinnitus, a serious medical condition that causes a person to hear a constant roar/buzz noise.

Unfortunately, the earplugs 3M sold were too short for proper insertion into many users’ ears and the earplugs gradually and subtly loosened until they were no longer effective. As a result, thousands of service members were exposed to loud noises over years of service and have suffered hearing loss and developed tinnitus.

What do we know?

3M’s Combat Arms Earplugs were marketed and sold as advanced foam earplugs that would protect users by filtering peak level noises. The earplugs were dual sided. One side went in the ear to dampen peak level noises like gunshots and explosions. The other side sat just outside the ear canal to act as a filter blocking continuous loud noises from like aircraft and vehicles.

In July 2018, 3M settled a False Claims Act lawsuit brought by the federal government alleging that it knowingly sold dual-ended Combat Arms Earplugs, Version 2 (CAEv2) to the military without disclosing defects that hampered their effectiveness. With the support of a whistleblower, the government alleged that 3M and its predecessor, Aearo Technologies, Inc., knew the CAEv2 was too short and could loosen imperceptibly while in use. 3M and Aearo knew that the earplugs did not perform adequately and sold them anyway. The claim was brought by the Civil Division of the U.S. Department of Justice, the U.S. Attorney for the District of South Carolina, the Army Criminal Investigation Command, and the Defense Criminal Investigative Service. 3M agreed to pay the government $9.1 million in damages under the terms of the settlement.

Though significant, the 3M settlement does not compensate the tens of thousands of service members who were injured as a result of its actions.

Hundreds of veterans have filed lawsuits against 3M and Aearo Technologies seeking compensation for injuries they suffered including hearing loss and tinnitus. These lawsuits allege that the design of the CAEv2 was defective and unreasonably dangerous and caused them to suffer permanent injuries. The claims are in the process of being centralized for joint discovery in a single Multi-District Litigation.

What do I do if I have been injured?

If you or a loved one meet the following criteria, you should speak with an attorney as soon as possible:

“These are serious claims with serious injuries. The military purchased earplugs from 3M to prevent soldiers from developing hearing loss and tinnitus. If 3M knew that its earplugs were defective and dangerous and sold them anyway, it should be held responsible for all of the harms and consequences of its actions,” said Greg Hopper, a partner at Bekman, Marder, Hopper, Malarkey & Perlin.

Bekman, Marder, Hopper, Malarkey & Perlin is a well-respected and well-established law firm that represents seriously injured people throughout Maryland and the Mid-Atlantic. Its lawyers have been recognized as Super Lawyers in personal injury matters, and Mr. Hopper has been recognized as Baltimore’s Top Rated Products Liability Attorney.